If You Install CO Alarms 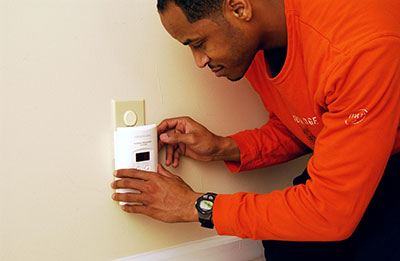 Some home visit programs include the installation of carbon monoxide (CO) alarms as well as smoke alarms. Carbon monoxide is a colorless, odorless, tasteless and highly toxic gas generated anytime a fuel such as gasoline, oil, charcoal, wood, natural gas, or propane is burned. Many common household appliances can emit carbon monoxide even though they are properly vented to the outside. However, the improper use of generators, vehicles and engines running in garages can cause carbon monoxide to enter a home, as can a fossil-fuel-burning appliance if it is not properly vented. During 1999–2010, a total of 5,149 deaths from unintentional carbon monoxide poisoning occurred in the United States, an average of 430 deaths per year.11 CO is known as the “silent killer.”

There are two types of CO alarms: battery-operated and AC-powered with battery backup. Like smoke alarms, the batteries in the CO alarms need to be replaced at least once per year. The life of a CO alarm is shorter than smoke alarms. Refer to the manufacturer’s instructions; generally they should be replaced every 5–7 years. During the home safety visit, make sure the residents know the difference between a smoke alarm and a CO alarm and how to change the batteries and conduct the monthly test of each one. 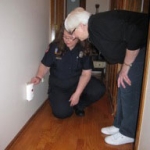 Where to install CO alarms: NFPA recommends that CO alarms be installed in a central location outside of each sleeping area, with one on every level of the home. Manufacturers’ recommendations on where to install the alarms differ by brand to a certain degree based on research conducted with each one’s specific alarm. Therefore, make sure to read the provided installation manual for each alarm before installing, and make sure the CO alarm meets the UL standard 2034.

Where NOT to install CO alarms: Proper placement is important to prevent nuisance alarms. It is best to avoid these locations: